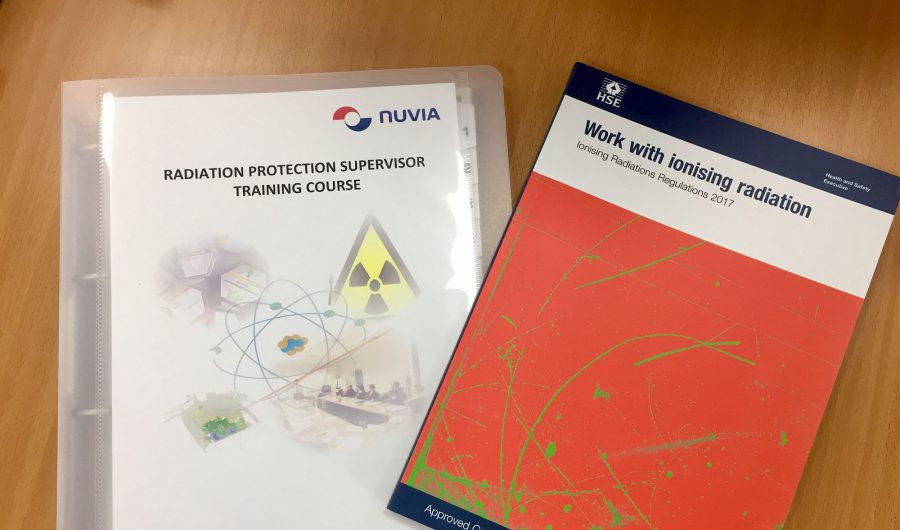 The Ionising Radiation Regulations (IRR17) are a body of regulations concerned with the protection against exposure to ionising radiation as a result of work activities.

The control of radiation exposure to individuals whilst at work, including persons exposed as a result of an employer’s work activity, is covered by the Ionising Radiations Regulations 2017 (IRR17). The main aim of the regulations is to establish a framework for ensuring that exposure to ionising radiation arising from work activities is kept as low as reasonably practicable and doses received do not exceed dose limits specified for individuals. Key areas of radiation protection covered in IRR17 include: Risk assessments, Restriction of exposure – As Low As Reasonably Practicable (ALARP), Dose limits, Classified persons, Radiation Protection Advisers, Training, Designation of areas, Local rules, Outside Workers and entering controlled areas, Radiation Protection Supervisors, Monitoring, and Accounting for radioactive substances.

What if I don’t comply with IRR17?

Health and Safety Inspectors have statutory powers to assist them in enforcing the Regulations. Local Authority Inspectors (e.g. Environmental Health Officers) can enforce the Act where work with ionising radiation is ‘not the main activity’.

Non-compliance with the Ionising Radiation Regulations could lead to all or some of the following:

As an employer you may have duties under IRR17, such as

If you would like to learn more about the Ionising Radiations Regulations 2017 then we recommend attending the following Radiation Safety Training Courses.

To find out more about our training services, call us on:

Decide which cookies you want to allow. You can change these settings at any time. However, this can result in some functions no longer being available. For information on deleting the cookies, please consult your browser’s help function. Note: ct-ultimate-gdpr-cookie is a mandatory cookie used to record your preferences. Learn more about the cookies we use.

With the slider, you can enable or disable different types of cookies: